This weekend we had friends visit for the weekend. We wanted to do something fun while they were in town, we were pretty lucky to have decent weather for Friday and Saturday. Today is a little gloomy but great weather all weekend.

On Friday Morning, Carl and I both had off and ran some errands. I had a general idea of what the weekend was going to be like. Friday night we would eat out, Saturday we go to St. Paul and then Saturday night eat in (I had a fun supper planned) and then Sunday morning was breakfast at the diner.

On Friday afternoon, I threw together my chicken and steak marinades for the kabobs, they were really good.  We had fresh peppers, onions and mushrooms so you could build your own. It was good to let them marinade a day. I used my same Garlic Lemon Chicken Kabobs recipe that I posted in the past. I used a new Steak Marinade that I found on a Facebook page.

Here is the recipe-

Directions
Combine all ingredients. Pour marinade over meat. Cover, and refrigerate for up to 8 hours. Cook meat as desired.

It was a great marinade.

On Friday night, we made reservations at our favorite place. Rudy’s Red Eye Grill– I always get the shrimp scampi off the gluten free menu, it’s good. When we got home we sat on the patio and enjoyed each other’s company. Arie had so much fun with our friends because he had someone to play with.

On Saturday Morning, Carl and I ran to the Farmer’s Market to get fresh sweet corn for our supper, I also grabbed cucumbers for juicing and Carl got me flowers, Their flowers are so awesome and so reasonably priced. 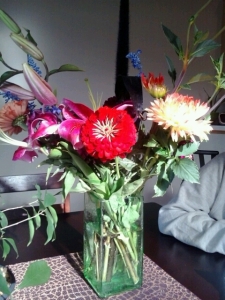 We booked Tours at the Wabasha Street Caves– there we did the Caves Tour and the Gangster Tour (based on John Dillinger’s gang days) They were super interesting tours. I want to go to the ghosts and graveyards tour in October, I will have to talk Carl into that one! 🙂 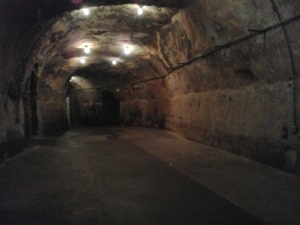 Picture of the cave. It was a very interesting tour because they talked about all the gangsters and the “behind the scenes” stuff that went on.

1. Don’t commit crime within the city limits of St. Paul.

Our tour guide for the caves tour and the gangster tour was “John Dillinger”. He was a good tour guide and kept us engaged the whole time.

After our tours, we had lunch at Bulldog’s in Lowertown. When we were done eating, there was a festival going on across the street from the restaurant. We walked over and it was a guitar festival. I think Carl was in heaven the minute he heard the guitars. We sat and listened to one act play. We also saw the Mayor and I was set on getting a picture with him but he had walked away to the other side of the stage and I didn’t want to appear to be a creeper. 🙂

Lowertown Guitar Festival– It was their first year of this festival and it seemed like a big hit. Carl said he would like to go again if they have a second year.

A few pictures from there- 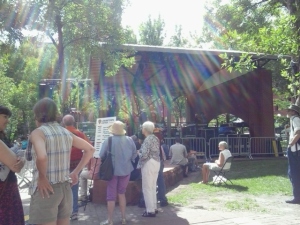 This was off my cell phone and it was a picture of the outdoor stage. 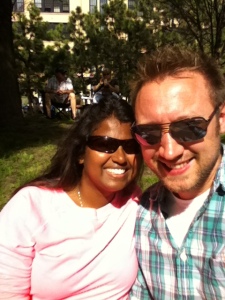 Carl and I at the festival.

Needless to say, we had a fun busy weekend. Our Saturday night supper turned out great. I also won’t be eating for a while. haha.

One thought on “Weekend Wrap-up”