Here are a few funny pictures of Arie. Unfortunately, he is so spoiled but we would be sad and lost without him.

These two pictures of from a few weeks ago when I stayed home because the Midwest was in a blizzard warning and I was nervous to drive to work. Arie was enjoying having me home I think. 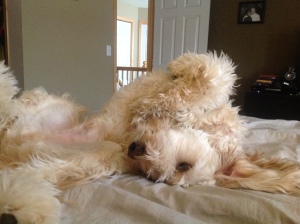 These photos are from later in the day, he was just resting and snuggling. 🙂 That is when I like him best, he always wants to play with Carl and doesn’t give up until the ball or toy is thrown. 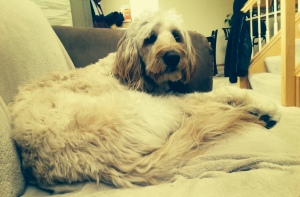 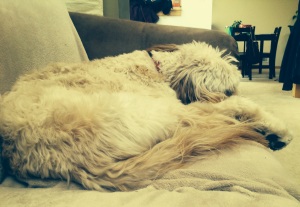 I can’t get over his long legs.