When we got home from our Memorial Day, we needed to spend much needed time with Arie. We went over to the neighbors house as she bought a kiddie pool for her dogs and invited Arie over.

Here are a few photos, we did not where Arie’s love for water came from. 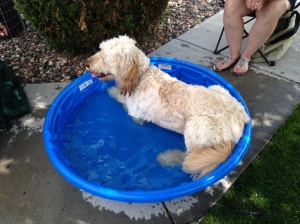 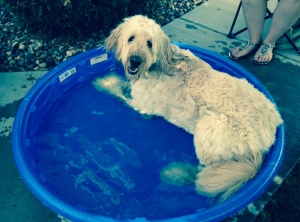 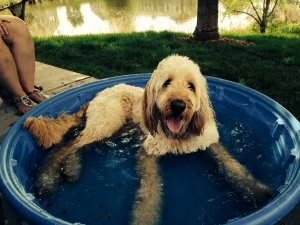 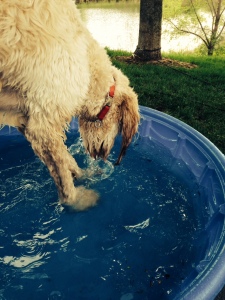 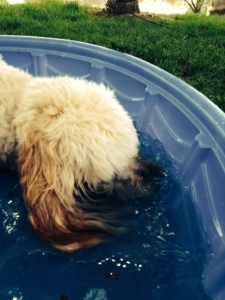 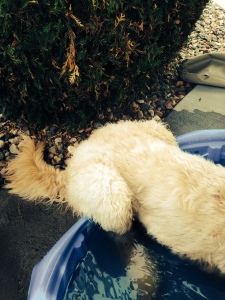 Arie loved the pool so much so I decided to go buy one from Target. 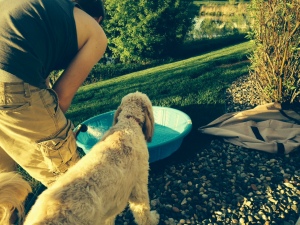 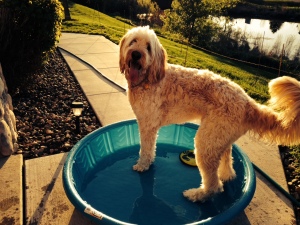 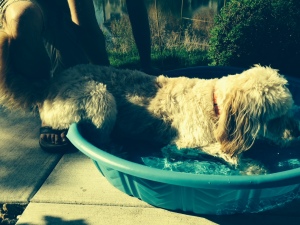 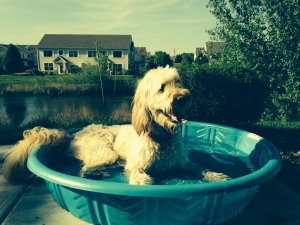 Arie sure does love his pool.

Carl left for a week for work and it was just Arie and I. I took Arie to the groomer on Monday because we had photos with him on Sunday. First picture is of Arie’s hair cut and then he was worn out from the day. The last picture is Arie’s bedtime routine, he needs to beat us up the stairs and he always brings a toy with, that night he had two frisbees and his bone. What a stinker. 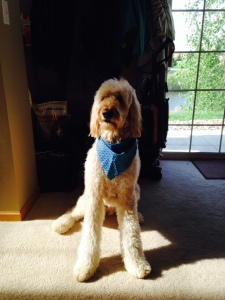 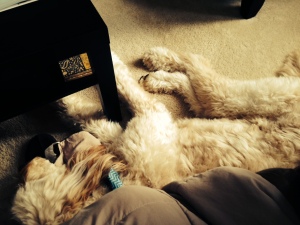 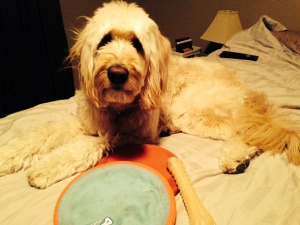 These two photos where from this week and were just funny. 🙂 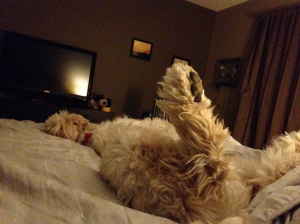 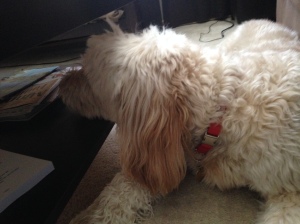 Oh there is never a dull moment with Arie.