Now that Carl works from home, he has sent me photos of Arie here and there! Arie is a goof ball and I think the first few days, he was confused about Carl being home but I think they are getting their routine down.

Here are a few photos. 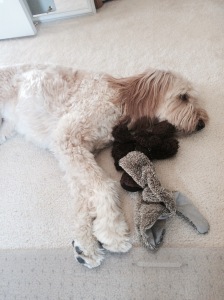 Carl said this is a regular position he sees Arie in, sleeping next to him.

When Arie hears noises he will sit up on the stairs. It was windy and he didn’t like it. 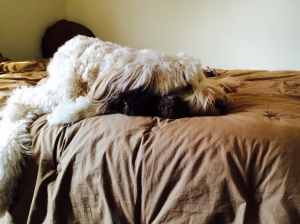 Arie is sleeping on the bed while Carl is working.

2 thoughts on “Our Sweet Boy Arie”